Need answers regarding the AC?

The team at CMS Auto Air in Newcastle have many years of experience and can answer any of your questions relating to car air conditioning. Scan this page to see if your question is already answered here. If not, feel free to call us with your question. We will be happy to help. 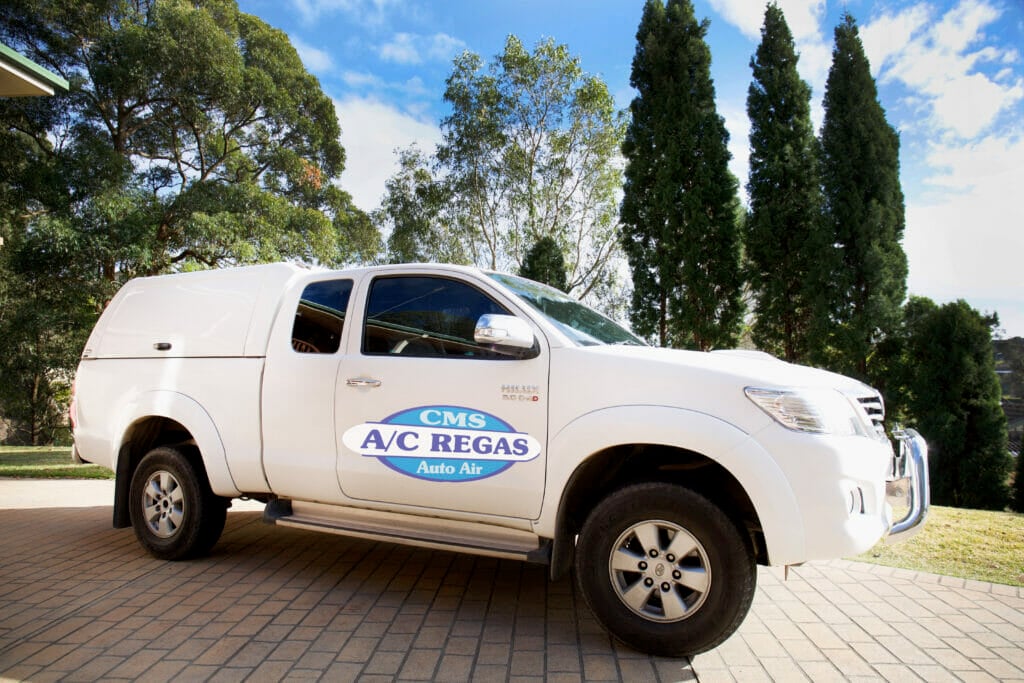 What about system leaks?

134a Gas leaks are costly and need to be repaired once detected. Good refrigerant detectors will show most system leaks, under static conditions, however some will leak only when the system is in operation. This is where the injection of a florescent dye additive can help find small or troublesome leaks. Correct refrigerant levels are critical in the system performance.

What exactly does a drier dry?

It’s not the 134a gas. It’s the moisture in the system. The drier carries out 3 functions as the name suggests “Filter Receiver Drier – it filters all the sludge, oils and gas. Acts as a storage area for the refrigerant gas that is waiting to enter the cooling coil (Evaporator core) whilst also Absorbing moisture and stores it. Replacing the drier or accumulator, in addition to evacuation, will guarantee better a/c performance.

What does humidity have to do with my air conditioner?

An air conditioner basically dehumidifies the air, and in doing so it removes moisture from the air inside the cabin of your car. The a/c system is specifically designed and sized to cool the inside area of your car. Injecting large amounts of constant Fresh Air overloads the cooling process and the by product is “ICE”. Once ice is produced although it sounds like it is better it actually blocks solid the cool air getting to the vents – A bit like an igloo it actually insulates when it gets too thick instead of refrigerating. Basically if you run your cars air conditioner constantly on Fresh Air your car system can’t cope and gets warm after 20min or so until it defrosts, then will come back cool again. It’s a bit like taking the door of your refrigerator and wondering why it doesn’t get cold – “ it’s the same thing” so the key is small bite size bits of fresh air to cool and then always use the Re-circulate mode to chill it down. We can show you how to improve your cars air conditioning efficiency, ask us how.

Why do I need to use an exact amount of gas?

Today’s auto air-conditioning systems use smaller amounts of gas and becomes more critical with the system charges, necessitating the need to “Balance the system better” The refrigerant gas needs to be just right when entering the cooling chamber (evaporator) and when this process has finished no more than a fine mist mixed with the oil lubricant must be returning to enter the compressor. Wrong mixtures or liquefied unused gas will either under lubricate or liquid slug the compressor causing premature failures. Too much gas will have the same effect as not enough gas, both on cooling efficiency and component damage.

What causes a compressor failure?

Some common causes for compressor failures are:

Compressors not run regularly will be starved for lubrication when they are turned on. This causes excessive ware until the oil again reaches the compressor. It’s best to use the A/C once a week for a few minutes.

Condenser fans can quit due to bad connections or defective motor windings that get too hot. This creates excessive head pressure and heat that can wear out and eventually lock up or damage a compressor. Loose connections at the coil can cause high resistance and low voltage causing clutch slippage.

Low refrigerant charge will cause lack of lubrication getting to the compressor. Painting or putting flywire in front of condensers will insulate them from efficiently receiving clean air allowing them to remove heat, increasing head pressures at the compressor.

Compressors manufactured after 1990 have smaller capacity, therefore use less refrigerant and oil, they are extremely sensitive to inadequate amounts of oil. R134a systems are more sensitive to lubrication than R12 systems.
An over charge of oil can clog the condenser, orifice tube or expansion valve starving the compressor for oil. R12 systems use mineral based oil and R134a systems use synthetic based oil.

Predominantly blends are no cheaper than the 134a the system was designed to operate on originally so why bother, we have found they can affect seals and O-rings, causing them to leak, swell or otherwise deteriorate and it can happen relatively quickly.

Can I use the A/C system to defog my windows?

The A/C system is far more efficient than the heater alone at defogging the windows of your car in cold rainy or winter weather conditions – turn it on along with your heater for clearer views! (Once your car’s engine is at normal operating temperature, running the heater and the A/C together will produce a warm, dry air).

A pool of water drips under my car after using the A/C, Why?

If you see a puddle of water on the ground, usually under the passenger area do not be alarmed. This is a normal feature of the system as it is only water dripping from the air conditioning evaporator. The evaporator has a drain tube fitted to allow the condensation from the evaporator to drain away from the vehicle.

What is the best way to run my A/C?

When you first get into a Hot car that has been locked up all day in a car park in the sun, temperatures inside your car can get as high as 130°C.

Turn the A/C on, open all the windows if you have electric windows or as many as you can reach manually, select face mode for the air vents and point all vents towards the occupants, not pointed at your feet. Remember cold air falls. Turn the temperature dial or lever to maximum cool or as low as it will go, and the blower on high speed.

Now make sure the air is on the ‘Fresh Air’ mode (picture of the arrow going outside to inside the car) run this way for 3-5 mins only!!! What this does is expel all the 130° air and replace it with 30° air (if that is what the days outside temp is). The A/C now only has to start cooling from 30° and not 130°, which means you get cooler, quicker.

Now close all the windows and move the lever to ‘re-circulate’ mode (the picture of the car with the arrow inside only the car) now reduce the fan speeds a little.

Remember too much fresh air will affect the A/C ability to cool effectively and ice up the system.

Give the A/C bite size chunks of air to cool and re-circulate again, this will produce consistent trouble free cooling of your cars air conditioning system.

What is a condenser core?

The A/C condenser core is located in front of the radiator of your vehicle and is responsible for cooling the gas back down, (basically it does what the name says…condenses the gas from a vapour back to a liquid so it can be sent into do more cooling for you) in almost all cases for cars, this is made from aluminium basically due to costs and its good heat removal properties.

Most late model cars use an engine fan or electrically controlled condenser fans to suck the air across the core for cooling purposes. Over time this part can become restricted with grass, dirt, mud or the fan may not be working due to a fault which causes the cooling of your air conditioner to get “out of balance” At CMS AutoAir we are highly trained and check for these problems, rectifying so as to restore correct cooling operation of your air conditioning.

If the condenser core has a gas leak this will need to have the part replaced as in almost all cases they are not a repairable part.

Evaporator core what is it?

As A/C systems are made smaller and more efficient, so are their components.

The evaporator core is the part located behind the dash in the heater box, later model cars have seen this component reduce in size but become more efficient in its operation. Evaporator cores can leak the gas out of the air conditioner, which we have seen an increase in recent years of this components failure rates through leaks, and in some cases the replacement costs can be significant. Most modern vehicle require the dash assembly to be removed to access the core for a replacement to be done. CMS AutoAir are experienced in dash removals and have done this type of repair for many years. We are fully equipped to take on this type of repair. All models…Subaru Prado Kluger

The evaporator removes the heat and humidity from the inside of your car which has entered through a window being down or a fresh air mode being used for too long.

The easiest way to describe how it works is: (It’s a bit similar to the fly spray advert with the fly flying into all the fly spray)

Billions of drops of liquified refrigerant are atomised and sprayed into the cores pipes and then vaporised when warmer air passes over the core and in this process the moisture (humidity) in the air is snap frozen, then defrosts and drips outside on the road.

The by product of all this operation is the fan blows cool air out the vents to keep you cool!

Tip: If you have a smell/odour inside the car OR someone has had a cold that’s been in your car… Use Glen 20 to eliminate the odour & kill the bacteria and viruses, just spay for approx 10 sec down at passengers side feet area while the fans are on, this will suck the Glen 20 up through the evaporator core & you won’t have to relive the cold…& the car smells fresh again!

How much is a quote?

We offer a $60-$80 Diagnostics inspection so you’ll know what’s wrong and how much your repair will be before we start doing any work. If you proceed with our quotation we will deduct the cost from the invoice, so the diagnostics end up free!

However, if you were to elect to not go ahead, we are covered for the time, trace gases and consumables used to diagnose the air conditioning issues for you

Are you a mobile service?

Yes, our service vehicle is fully equipped with state of the art diagnostic tools to detect the problem and in most cases repairs can be completed the same day.

Can you fix my A/C on the same day?

Yes, However, if we need to order a part that isn’t in the service van, we will need to rebook you. We will contact you once parts arrive to arrange this with you at a time/place that is most convenient.